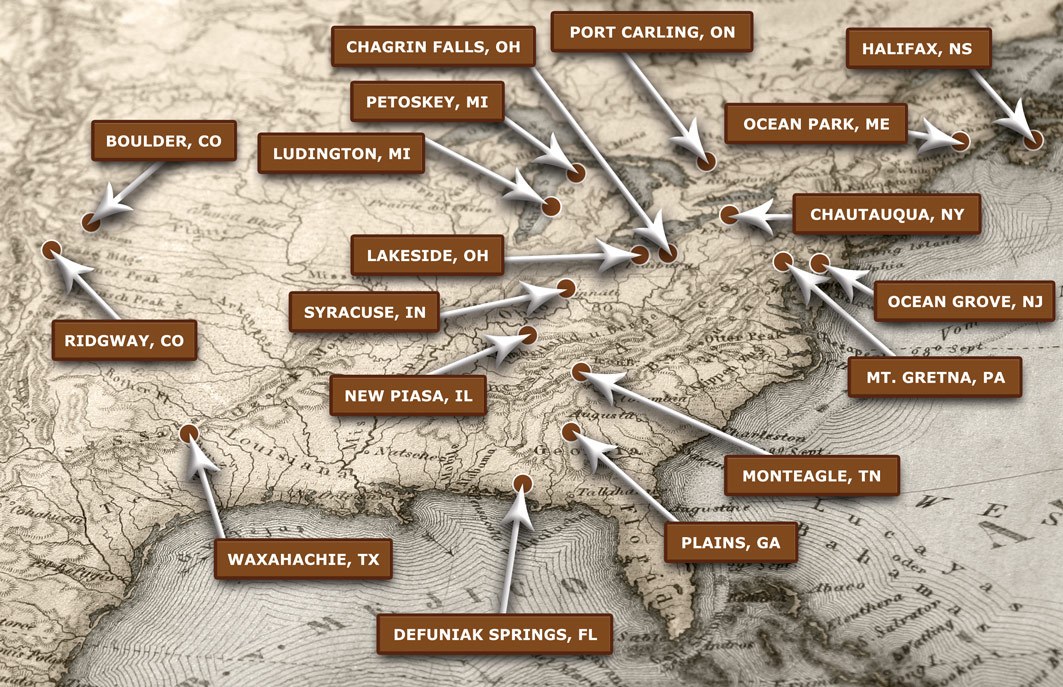 A Bit of History

The Chautauqua Trail is a cultural, educational, arts & entertainment and religious organization that began in the 1870s. Some consider it the first form of mass culture in North America (NA) sowing the seeds of liberal thought in US and Canada. It was a social and cultural phenomenon based on four pillars (Arts, Education, Entertainment and Religion) that permeated rural NA until mid 1920s. At its height, Chautauqua attracted millions to hear educators, explorers, preachers, scientists, see artists and be entertained by singers, musicians, and bands. Theodore Roosevelt hailed it as “the most American thing in America.” Learn More

Each Chautauqua community is unique, offering enriching programs. Those shown on this website are part of the Chautauqua Trail, a non-profit organization whose members are committed to building inclusive communities by supporting all persons in the development of their full potential intellectually, spiritually, emotionally and physically.

They are places of family and tradition located in some of the most beautiful natural settings in North America. Learn more about the Chautauqua experience.